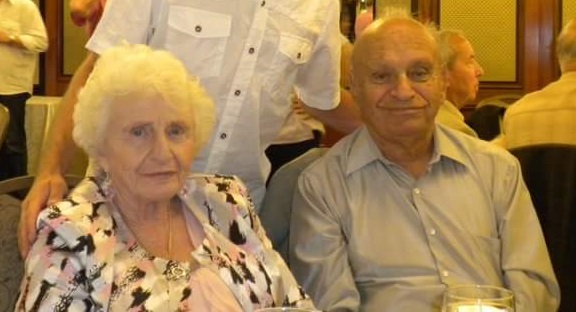 Rolf Grayson was born in 1921 in Munich, Germany. The grandson of immigrants from Galicia and Poland, he was always proud to carry on his family's Eastern European Jewish traditions. During the early years of Hitler's reign, he worked with various Jewish youth agencies to help rescue as many other Jews as possible by securing passage for them to British-controlled Palestine. After a year in Berlin, he was able to acquire an agricultural visa which allowed him to flee to England. During his ten years in living in England he met Mira, the love of his life. They dodged bombs together, survived the Blitz, and came to America in 1948. Currently Rolf and Mira live in Huntington, Long Island during the summer and Deerfield Beach, Florida in the winter. Baruch Hashem, they will celebrate their 75th wedding anniversary in July 2019.

Click here to read about his incredible life and achievements in his own words.